Walk on the Wild Side with DeRubeis Artist of Abstract Senualism

Derubeis is the creator of Abstract Sensualism- fine art on metal. He paints on metal using chemicals mixed with paints (a top secret concoction only known to him :-)). Most of the painting happens in the closed aquarium-like space. Once the artwork is close to being ready he sets it on fire to create a unique reaction of paint that gives the artwork life. 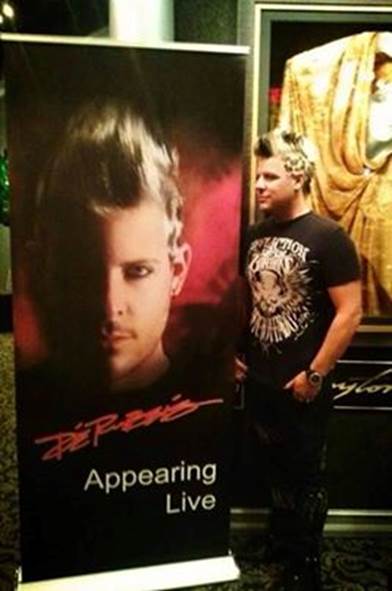 Chris DeRubeis paints on metal, mixing pigments and chemicals and incorporating power tools and natural elements such as fire, water, and freezing techniques. He calls his art “Abstract Sensualism®,” in reference to the organic nature of his paintings. DeRubeis believes his work can alter the way people perceive contemporary art.

Born in 1978, DeRubeis showed an early proclivity for drawing, which was quickly recognized by his family.  At age 13, DeRubeis’ grandfather gave him his first airbrush, and after watching him use it, proclaimed he would be the artist his grandfather had always dreamed of becoming.

School was viewed as a chore for DeRubeis.  He drew during math tests, rather than solving equations; he preferred sketching landscapes on blank sheets where teachers expected essays.  Teachers scolded him for not concentrating on his studies and warned that he was on the wrong path; however, this criticism did not deter him from his goals.

At age 20, DeRubeis attended the Pasadena Art Center and the Associates in Art school in Sherman Oaks, California.  To pay for his education, he painted custom Harleys and started a successful small business.  His professors tried to convince him to choose a more commercial style of art but he was never satisfied painting in a traditional manner.

DeRubeis continued his quest, searching for something greater and undiscovered, until one day while grinding base paint off a Harley gas tank in his workshop, he discovered something remarkably unique: With each pass of the grinding pad a new area of metal was exposed to the light, unveiling extraordinary patterns which “danced” off the tank, as if coming to life.

DeRubeis began experimenting with different tools to manipulate the way light reacted with metallic surfaces, and introduced chemicals and pigments which created unique reactions. Regarding his artwork, DeRubeis states, “I favor metal because I can combine a form of sculpture as the foundation for my expression and have found a way to enhance my ability to communicate emotions more intently.  All art should inspire and evoke emotion. Art should be something you can actually feel.”

The introduction of his unique style to the art world was met with uncertainty, as galleries had never seen or sold art like it before.  But it did not take long before his innovative style and techniques were embraced, and galleries across the country began inquiring about his work.

In 2005, DeRubeis’ work was submitted and honored with two nominations by the First Annual Fine Art Awards, televised live from the MGM Hotel and Casino in Las Vegas, Nevada.  Nominated in the “Mixed Media” and “New Movement” categories, he earned the MUSE Award in “New Movement.”  DeRubeis, then only 27, dedicated his award to his grandfather who had passed away just months earlier.

His artwork has appeared on the DIY and HGTV networks. In 2009, he signed with famed art publisher David Smith and his first show was at Village Gallery- Irvine Spectrum. In March 2010, DeRubeis opened his own signature gallery in Key West, Florida. Now, DeRubeis’ artwork is exhibited in galleries throughout the world.

What: “Walk On The Wild Side” collection 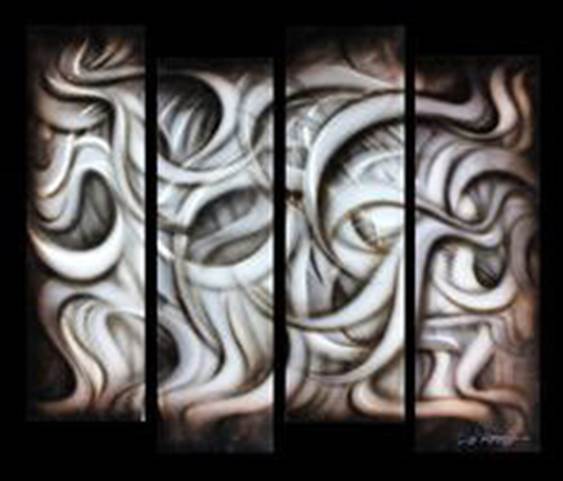 About the Author: Village Gallery